Despite all kinds of productivity startups bidding for the same query in Google, there’s a glaring hole of opportunity in the productivity space. I’m talking about the app that would excel as both a personal and team task management tool.

In all the teams I worked, we used different tools for project management: from Asana to Notion and Todoist Business. When choosing something for our team at MA Family the last time I also checked out all the other household names, such as Monday, Trello, Flow, Taskade, and others. Unfortunately, I haven’t been able to find a tool that would let me throw away a separate personal task manager. There are always small things to remember, ideas that suddenly came to you, and these large apps aren’t a great fit for that.

Personal and team productivity software differs in multiple ways. Some of these differences are inherent, like the need to support multiple users, others became an industry norm but I can’t agree they are necessary. The sad part is that personal task managers have nailed that a long time ago.

Creating new tasks and rearranging them is tedious and slow

When you work with others you can’t just dump your task anywhere without context. But that doesn’t explain the lack of some universal shortcut and quick input methods.

Web-first, with a limited desktop presence, mobile is an afterthought to access things on the go

These apps were started on the web, (almost) nobody builds native apps these days, and since they aren’t consumer – not enough attention to mobile.

These apps lack keyboard shortcuts. Even if they exist for some functions, you still can’t fully use them without a mouse. This is the logical result of these apps’ web-first nature.

Insufficient functionality to let people plan their own day

Most of these apps think in terms of projects. They can show all tasks assigned to you and due today but that’s about it.

Let’s look at Asana, one of the oldest PM tools that recently IPO’d and is now valued at $3.6Bn. The UI isn’t snappy. You see how React components load every time, regardless of your connection. Creating any tasks requires a lot of mouse movements to schedule it, define additional projects, and assign the owner. If you suddently got a quick thought it’s easier to jot it down in your notes.

Asana does have a lot of keyboard shortcuts. It’s also one of a few apps that provide a bearable experience for your own tasks: you can easily schedule private tasks, create your own sections, and hide the ones not relevant at the moment. 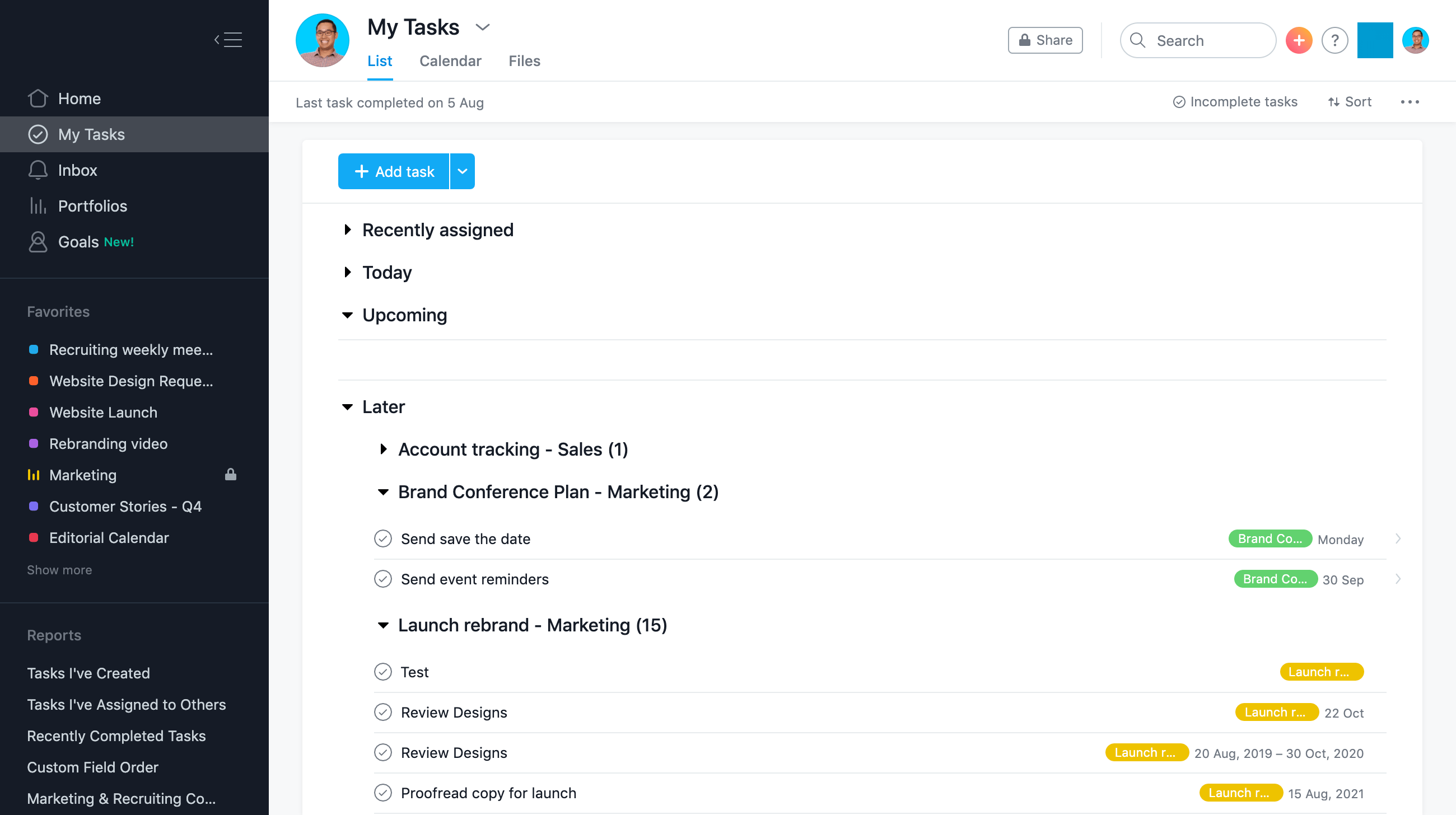 At some moment we were using Todoist for Business. It has its origin in the personal productivity space so I was hoping it wouldn’t have these issues. It didn’t, but instead, Todoist came with its own challenges. Yes creating tasks was much simpler and quicker. Mobile apps were great. But your Today view is a weird combination of tasks assigned specifically to you and tasks that aren’t assigned to anyone, and you can’t really adjust that space. And then you see all outdated concepts in its UX and complicated filtering that isn’t multiplayer at all – but might be the only way to do certain things.

Now I’m using Asana with my team and always have my loyal Things 3 opened. It shows my personal tasks due every day in Asana by exporting the calendar feed. Using two apps is still more difficult than it should be, but I don’t see other options.

What I want is an app that would combine the advantages of neat personal task managers with professional project management tools. That means high-quality responsive apps, a separate interface to manage tasks assigned to you, so you could plan your day and quickly write down all countless reminders, no matter how small they are – combined with good project tracking and overall overviews of what’s going on. The latest app I’m hoping for Superlist, announced by the founders of Wunderlist – maybe they’ll get it right.