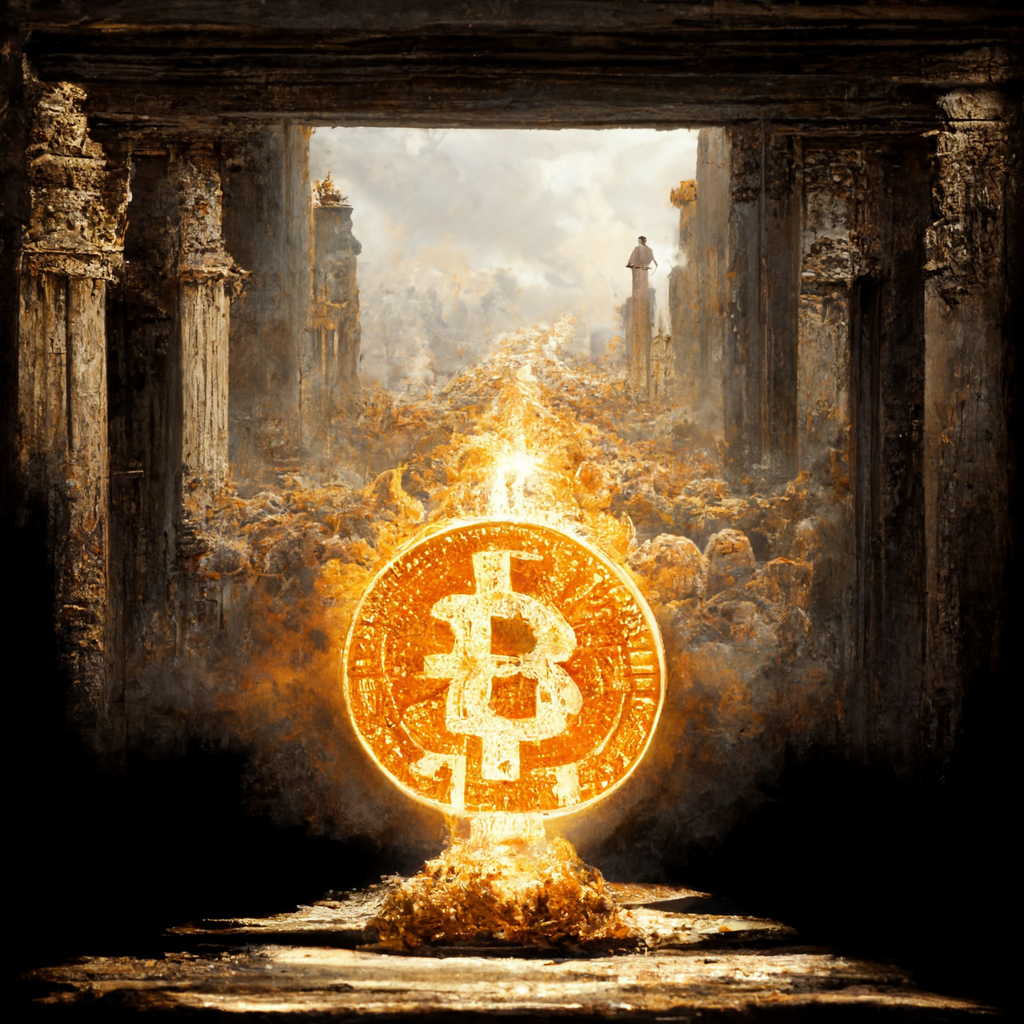 Social networks incentivize people to take on radical positions as that brings engagement and followers. Yet in most areas, a reasonable centrist take is usually the right one (there are exceptions of course).

Crypto is certainly one of the most divisive topics both on Twitter and in real life.

In one corner of this ring, you have an army of anonymous accounts with NFTs for their profile pictures along with venture capitalists who earned a ton of money from their investments in crypto, such as Mark Andreessen and Chris Dixon. The opposite corner is taken by professional skeptics like Liron Shapira and most web2 people when they’re asked about this or feel they have to comment on a particularly pessimistic event.

One of the most recent public exercises is arguing about crypto use cases and defining what success would actually mean. Liron likes to collect these and comment on them.

I clipped the highlights from the new @lessin and @zachweinberg crypto debate on @cartoonavatars.

In case you don't have time to listen to the full two hours "uninterrupted"... pic.twitter.com/08QP7jHaHW

I don’t particularly agree with any of these teams. I certainly don’t think crypto has reached the point where I can preach it, at the same time I don’t want to be its professional full-time critic. I particularly enjoy reading takes from people like Bobby Goodlatte, who is simultaneously an early investor in Coinbase and dislikes PFP NFTs.

I was kind of a “professional” critic of most things around me when I was much younger. Partly due to my insecurities back then, partly due to the way my mind is built. I’m an introvert who likes to analyze things. It’s easy to notice when something isn’t perfect and most things around us aren’t. The key is complementing your analytical mind with empathy, otherwise, you’ll end up being a jerk. That’s what I hard to work on.

Working in venture capital I’ve learned not to dismiss startups. There’s a shit ton of reason a company might fail. 90% of startups fail. So you can say that all the time, be right in 9 out of 10 cases and feel dignified. But you won’t earn any money.

The key is figuring out the scenario where a particular company might flourish and only assessing the fundamental things that have to go right for it to succeed. The success of some of my favorite companies is predicated on a single question. This question might be fairly difficult and complicated, but if they solve it they simply have to execute their path.

At the same time, crypto projects are usually different from conventional privately-owned startups. Most governments only allow accredited investors, who are supposed to be already wealthy, to invest in startups. So it doesn’t make much sense to publicly criticize a company for what they’re building. Maybe they succeed, maybe not. The only people who might suffer are its employees and investors who all should know the risk.

But crypto projects that bring out their own token are a different beast. If they did something stupid then retail investors might suffer. And we don’t really have a regulatory framework to protect them unless the token is considered a security. So in a way, it should be OK to criticize them because there’s far more at stake.

Ethereum’s daily trading volume is over $20Bn. Crypto as a phenomenon is clearly successful. You can already use it to almost instantly transfer value between people across the globe. If you use Ethereum Layer-2 Networks, an alternative blockchain like NEAR or Solana, or Bitcoin Lightning it will be extremely fast and cheap.

People dunk on Proof-of-Work, but one day Ethereum will switch to Proof-of-Stake and will become much more sustainable. I’m not particularly interested in that angle.

The financial use case is probably the only one that truly matters for now. And the reason traditional bank wires are slow isn’t really technical, it mostly comes down to regulations, such as AML policies. Crypto simply allows people to circumvent them so the transfers are instant.

Don’t get me wrong, SWIFT is an outdated mess. Even with all the right settings, your wire might end up $20 short because there were more intermediary banks than you expected. I can totally imagine it being replaced with a permissioned blockchain transferring stablecoins. And you don’t really need Ethereum for this to succeed.

Overcoming regulations and government restrictions is twofold. Both the European Union and the United States are working on their own regulatory frameworks [1,2].

But there are other countries as well. When a 40-year-old white American complains that he sees no use in crypto because his money is safe at Wells Fargo, he doesn’t seem to understand how privileged that position is. He doesn’t know what currency and capital restrictions are, what is a mandated currency devaluation, and only now is experiencing double-digit (or about to be) inflation for the first time in his adult life.

Banking the unbanked has been one of the most popular motives of crypto around 2017. There are far easier solutions for this, as proven by India and many African countries, where telecoms took that role.

Complete control over your finances is a more truthful use case. It’s terrible when bad actors use crypto to demand ransom anonymously or build elaborate Ponzi schemes. That doesn’t diminish the tech itself. People will use any invention for all possible purposes.

At the same time, crypto allows you to circumvent restrictions imposed on your savings by incompetent and authoritarian regimes which can’t get their economy in order. There is a good example of Argentina, a country whose currency has a 50% inflation and you can’t freely buy dollars. So people revert to crypto because they can buy USDT or USDC and keep them safe without worrying about having too much cash.

On one hand, they are breaking the law. But I think the 20th century has taught us that not all laws are fair and it’s not always about justice.

On one hand, this is far smaller than what has been promised. And even if there are other use cases, I think at the moment they are fairly minor. NFTs have been popular because of their speculative value. A Bored Ape is a digital luxury good and it’s fascinating how that concept was even conceived, but that’s not very interesting. There is a few examples of other applications of NFTs, such as Royal, but we’re yet to see if its utility outweighs the momentary interest. And there is an idea that having your own token can help you jumpstart a community or a network before you can deliver value, and even build that in the real world, like Helium. But it seems the jury is still out there on whether it’s a successful example.