COO and Partner @ MA Family, where we run communications for tech startups and VC firms.

What originally started as a way to group tasks with various contexts eventually became a small productivity framework I use across different apps. I mentioned this approach in an earlier post about task managers but I wanted to write about it specifically.

I don’t have a very good memory. That’s why I’m writing down everything I need to care about, including work and personal matters. This allows me to offload things from my brain. Then, as long as I check my task manager, I won’t miss the issues that need to be taken care of.

Your task manager is a list of things you don’t want to forget. Especially if you’re a manager, your job isn’t about jumping on every little thing – it’s about focusing on the right things. Choose the problems you want to tackle today. Tomorrow your priorities might change and you’d jump on the thing you left out today. You’re managing a waterfall, not trying to drink the entire thing.

Ok, so you wrote down everything. Does it seem overwhelming? Probably. One of the ways to deal with this is by categorizing tasks in terms of the actions required from you.

I separate everything into three categories:

I use Things 3 for managing tasks. Here I put all of these categories as Projects inside the Work area. Separately, I can schedule them with dates to temporarily hide the things planned for the future regardless of their context. 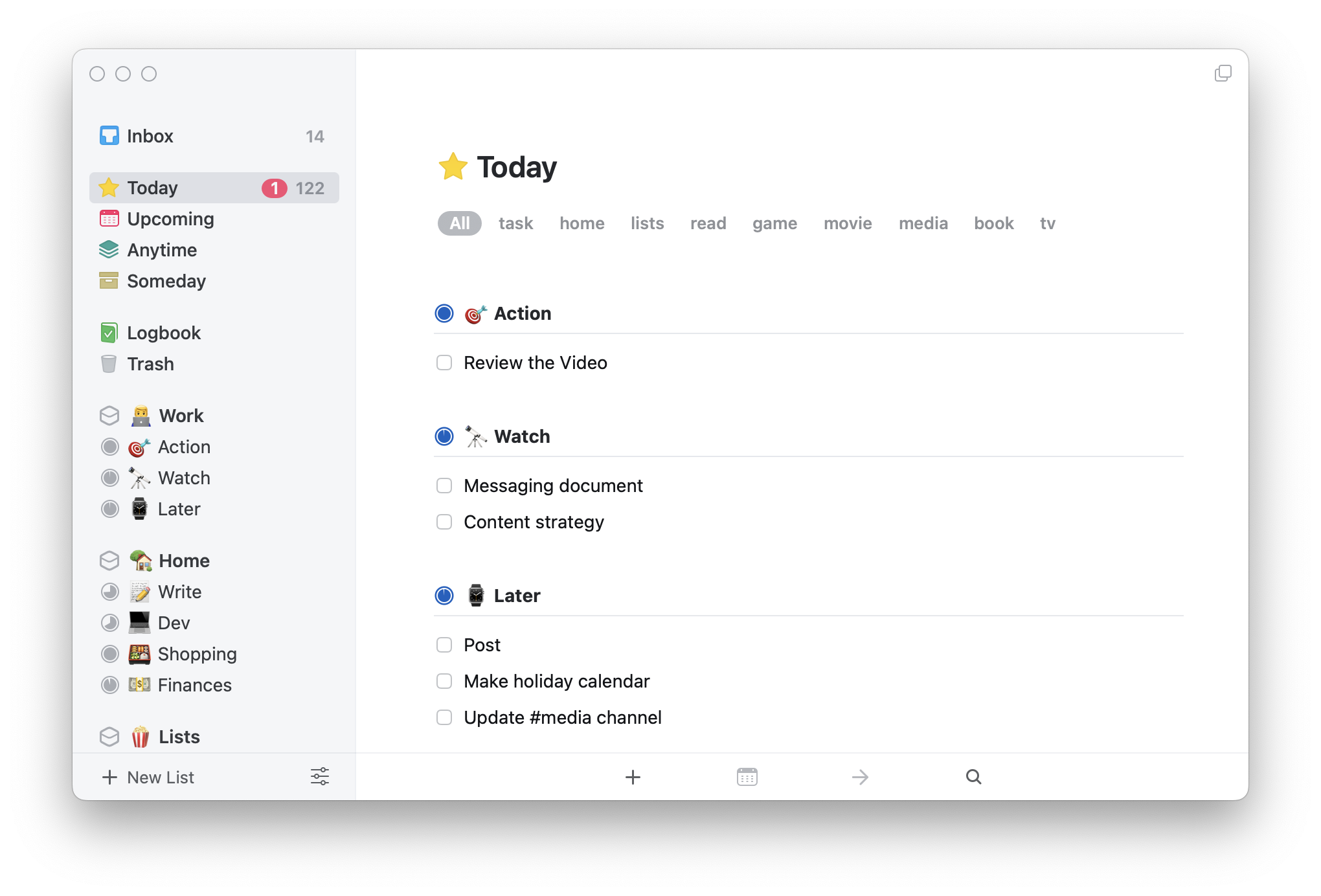 Need to finalize that document tomorrow? Schedule, put in Action. Sent an email and awaiting response? Put in Watch. Aren’t expecting an answer until next Monday? Schedule this for next Monday. Want to set up that Slack integration one day but can’t find enough time? Put it into Later so you don’t forget the idea.

Things 3 isn’t necessary, you can use any other app. Although, there could be multiple ways to achieve the same setup. For instance, if you used Todoist, you could use labels to categorize tasks inside each project and then Group items in Today view by the label.

Another option would be to set up sections for Action-Watch-Later inside the project and put tasks there. This approach would probably work better if you’re working project by project and aren’t using the Today view much. 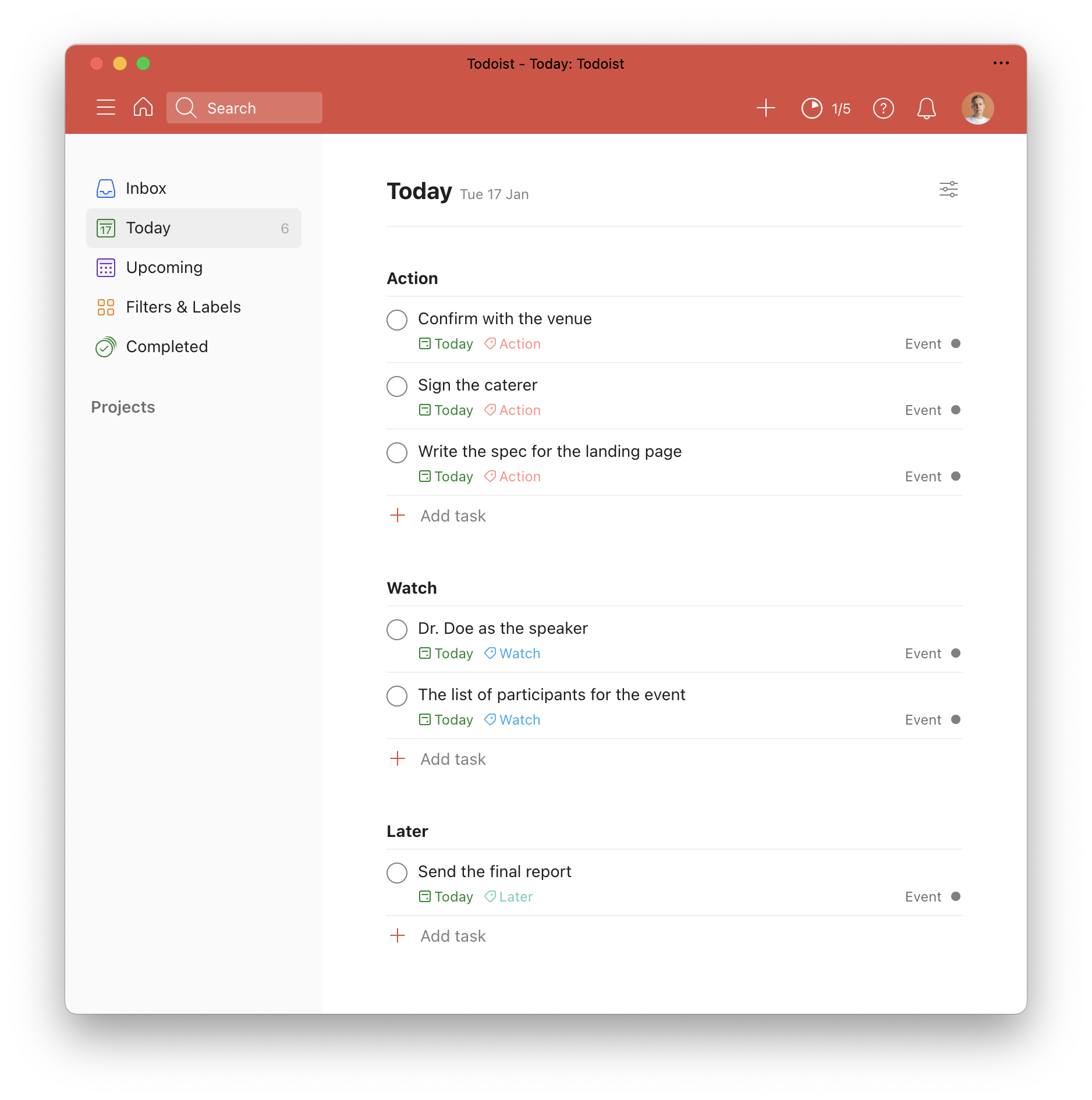